The Control of Land Use With Zoning Codes and Permits

How Houston Survives Without Zoning Ordinances Three basic elements are involved in the control of land use. Municipalities develop master plans for the use of their land, traffic, commercial and residential areas, community schools, and parks. Zoning codes, laws or ordinances are then developed to specify what land uses and building types will be permitted in certain areas.

Finally, zoning permits are used as a tool to enforce those ordinances and permits must be granted for all uses and structures.

Houston—The City Without the "Z" Word

Houston is the only major city in the U.S. without zoning ordinances. It has never had zoning ordinances. You might assume that the situation would be pretty horrible there as a result. You'd expect to find a high rise in a small neighborhood of single family homes, towering over them and blotting out the sun. Or there might be an indoor shooting range nestled between a nursing home and a day care center.

But none of these situations are to be found in Houston. It pretty much looks like most other cities you've ever visited.

It's not that there's zero control of development. It's just that control isn't accomplished in Houston in the same geographical zoning ways of other cities. Deed restrictions are used as one control method. Building codes that restrict how close certain structure uses can be to residential areas have helped to keep some commercial uses out of the residential areas.

It's hard to argue that no zoning is harmful to development because Houston tends to prove just the opposite. Developers have much more latitude in Houston although they aren't given free rein by any means. With deed restrictions, building codes, and use restrictions related to surrounding properties, Houston has the best of both worlds.

Developers can build new or convert existing structures or facilities often with only minor code variances. An example might be converting a closed strip shopping center into a seniors' activity center or the other way around. Zoning would make this virtually impossible, but Houston would simply want the new use to comply with safety and use ordinances.

Why does Houston stand alone among major cities in not having zoning? The city charter requires that the issue of instituting zoning must be put to a popular vote. It can't simply be the result of a city council decision.

Proponents managed to get zoning to a vote in 1948 but it failed. The same happened again in 1962 and 1993. The people simply didn't want it or think it was necessary because Houston was rocking right along without any major problems.

This isn't to say that there have never been problems. Every now and then commercial and high-rise developers got a bit too dense in their structure placement. Buildings later were too close together to widen roads or deal with utility requirements.

In response, setback restrictions, parking space, and buffers around large buildings were enacted instead of zoning. The difference is that these restrictions aren't related to geography. They're all related to the buildings' proximity to each other and to their uses.

Houston certainly hasn't suffered from the different approach it takes because development has always been robust. The city maintains a manageable yet aggressive growth rate. It isn't always a problem to be different. 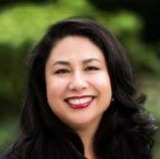 Why Have a Buyer's Agent When Purchasing a House?Buying a house is one of the most significant undertakings you'll make in your entire life. It's not simply about finding the right home for you and

By registering, you agree to our terms of use and that real estate professionals from Broxson Real Estate Group and lenders may call/text you about your inquiry, which may involve use of automated means and prerecorded/artificial voices. Message frequency varies. Text HELP for help or STOP to cancel. You don't need to consent as a condition of buying any property, goods or services. Messages/data rates may apply. Additional information about data use is in our privacy policy.